Skip Navigation
We are taking the threat of COVID-19 very seriously. Learn More
Settle for More

Our Lawyers Stand Ready to Fight for You

Does Apologizing After a Car Accident Admit Fault? 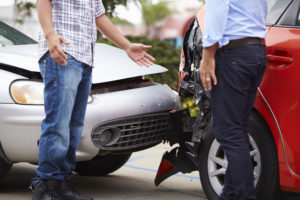 It’s human nature to apologize when something goes wrong, even when it’s not your fault. But be careful about apologizing if you’re involved in a Vancouver car accident. It could end up being used against you when you try to collect compensation later.

An apology does not always indicate fault. Sometimes, we just say we’re sorry out of habit. But an investigator from the Insurance Corporation of British Columbia (ICBC) might twist those words into an admission of guilt and therefore hold you liable for a wreck.

Fortunately, B.C. law does have some protections in place to shield Canadians from being assigned an unfair portion of fault due to an inadvertent apology. But to avoid any mix-ups, the Vancouver car accident lawyers at Warnett Hallen LLP strongly advise crash victims to never apologize if they’re in a collision.

You can protect yourself further by discussing your case with a lawyer before speaking with an ICBC adjuster. Call or contact our law firm today for a free case evaluation.

Under the British Columbia Apology Act, there are three definitions for an apology. They include:

Under these definitions, it is clear that an apology does not always mean a person is sorry that they caused an accident. The second portion of the Act also states that an apology cannot void a contract, such as those between a driver and the Insurance Corporation of British Columbia (ICBC).

When Can I Be Liable for Apologizing?

Although the law clearly states that an apology alone is not enough to indicate liability, insurance adjusters may still attempt to use it against you after an accident. Shortly after the crash, an insurance adjuster will contact you to speak to you about the incident. If you offer an apology at this time, it’s likely those words will be taken out of context as the investigator conducts his or her own investigation. If there is any uncertainty about the facts of a crash, your apology could come up as an admission of fault.

How Can a Vancouver Car Accident Lawyer Help Me?

The best way to protect your rights after a crash is to contact an experienced Vancouver car accident lawyer. The facts of the case and all related evidence must be presented carefully to build a convincing claim.

The evidence itself usually tells the story better than any apology could. Photos and video from the crash scene, witness statements, and medical records can paint a much clearer picture of what really happened and who is to blame. A lawyer can collect these records for you and build a strong case that stands up to ICBC challenges.

Get Legal Help Right Away

If you’ve been hurt, reach out to the British Columbia car accident lawyers at Warnett Hallen LLP before talking to ICBC. Call or contact us immediately to learn how we can help. The first consultation is free.

Have a Question About Your Case? Call Us Today:
Office Hours
Hours of Operation
Available 24/7